Skip to content
Back to News
Nicholas A. Juhle, CFA® Chief Investment Officer

October inflation data surprised positively this morning offering hope that decades high price increases are easing  and perhaps giving Fed policymakers some breathing room in the months ahead.  The Consumer Price Index rose 7.7% from the same period a year ago compared to expectations of +7.9%.   In addition to beating expectations, October CPI was the lowest print this year, and marked deceleration from +8.2% in September and a peak of +9.1% in June.  Core CPI rose 6.3% decelerating from a peak of +6.6% in September. 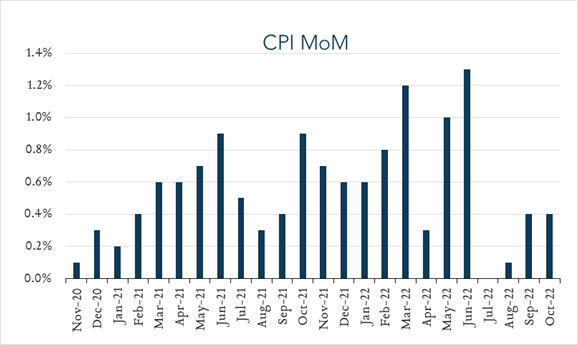 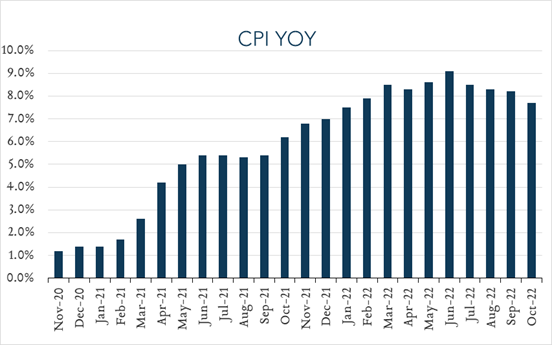 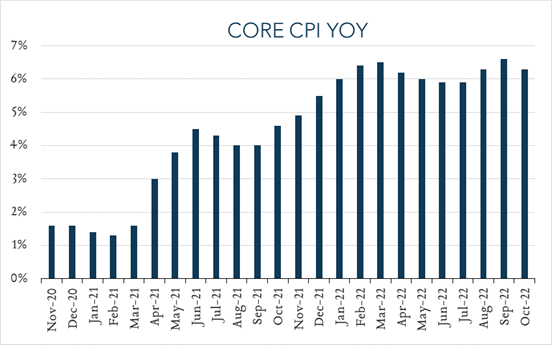